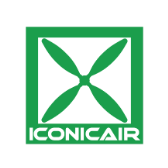 By GrahamF@Iconicair
April 23, 2016 in Modelling Discussion