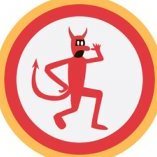 By Dances With Wolves
March 16, 2016 in LSM Aircraft Finished Work