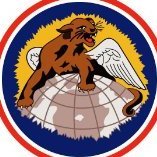 By CANicoll,
November 13 in Modelling Discussion