I finally answered the text about signing up for the COVID 19 vaccine trials and agreed to participate for $1200. The vaccine is one that was created in Russia. I received my first shot at 0900 t 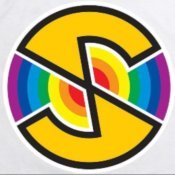